The sun was shining in my face, and a dream came true.

I'm so excited throughout the body. It feels like someone has thrown a jug of water over my face. I and about a dozen people more - Roskilde Festival 2010!

I had not seen O9k in 6 months. I was the person who met him at the parking lot in order to guide him to our new home during this week. Ran and jumped into his arms and gave him a big fucking hug. Greeted his new girlfriend seemed like a really sweet and energetic girl, just like in guildchat.

I showed the way to our camp where I've already started to put up my own tent. Helped O9k and Zugii to set up their. A few hours later we were on our way too meet up our Guildmaster, and all other members of the Unforgettable. I was abit drunk had a few beers and was quite excited to see these people who i already had a impression of.

And there we were on the parking lot, waiting for Misshide. O9k was talking too Misshide at the phone.'Turn around' he waved at us with a great smile on his face. His smile was like a disease that was spreading faster then the wind. Would you give him a hug, or would you introduce yourself as you never met before? The answer is easy.

When we were standing there in silence, with a smile on our faces. A few more people entered the parking lot, among others Storm, Ray, Worry, Hellorc, Ceridwyn, Tamlinn, Kerma. I was recognizing their faces from the pictures on our website. Someone said 'Feels abit empty, doesnt it?' We were all a bit sad about the people who lived too far away from Roskilde too make it.

A few more seconds in silence, and then someone said; LETS PARTY AND SHIT!! (Storm)

Later that evening when everything was settled, everybody had a few drinks, I was comfortable sittning in a new-found friend's lap. O9k and Zugii sat in a corner and was making out. We all laughed, shared things we didnt knew about eachother, but the best part was that noone felt excluded. We were a team that had managed everything in the spiritual world. Despite disputes and angry faces. Someone started too begin a conversation 'when we took down Lich King in Heroic' and how fucking tight it was in the last few minutes before Berserk. I remember it like it was yesterday. People cried and was totally fucking crazy in vent!

There was such a excitement in the air, an excitement I'll never ever forget.

And the sun was shining in my face, but the dream remains a dream.. 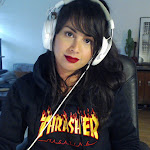